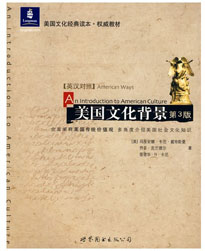 Click “refresh” (刷新) in your browser to upload the most recent version of this page; I often change things before quiz/exam time.

Vocabulary and Key Topics (to help with exam review)

Also be sure you understand basic English abbreviations and punctuation marks.

SA=things to study, which may be a “Short Answer” (or True/False, Fill in the Blank, etc) question on the quiz/exam.

Click below to get PDF files that took information and warm-up questions from the PPTs. The information below might also help you know how to study most effectively.

IMPORTANT: Click here to see a “preview” of your exam. Especially notice the English instructions and examples. Don’t be afraid to ask me to explain unclear “instructions” before class.

Key Names. (There may be more.) We’ve talked about or quoted several people so far. If you can’t tell your partner who these people are, help each other find information about them in our textbook or materials

If you don’t know the following words in English, I highly recommend that you learn them quickly! [arrogant, ambitious, spoiled, alcoholic] Also know abbreviations like e.g., esp., sth, sb, etc.

On exam day, we’ll watch a documentary (either before or after you take the test). Some of the vocabulary for the film WILL be on the exam,
so preview the study guide at: http://www.krigline.com.cn/lostworlds.htm

As I’ve said: here’s what to study: vocabulary; “testable” points I mention in class; “warm up” questions; homework.

Don’t forget that your “homework” includes the requirement that you talk to your partner for 15 minutes outside of class (in English). [It is OK to use “break” time to do this homework!!]

Because there were so many “content” questions (7 T/F; 10 multiple choice; etc.), I didn’t have much room for “simple” vocabulary (7 synonyms; 15 matching). But there are also sentences with 20 blanks to fill with vocabulary terms (normally from a list). There are about 7 items about “Far and Away” (mostly about people). As I said in chapter one, be sure you know “the big six” (basic American values).

Finally, “don’t worry”! It is just a test, not the focus of your life. Study what I taught you; review the homework and vocabulary that you have been working on for many weeks; get a good night’s sleep before the test. You’ll do fine! And even if you don’t, it will teach you how to prepare for the final exam!

You’ll start with six “context clue” questions. Be sure you know what italics means.

You need to write down 15 synonyms, and at 1 point each that is 15% of the grade—SO LEARN all of the synonyms! You must give the word listed in our vocabulary.

Be sure you understand the “opening quote” from each chapter, and the vocabulary terms in each one (as on the midterm exam).

There are exercises with another 50 or so vocabulary terms, including the “fill in the blank” sections from the Midterm exam (as expected).

Know the difference between the concepts of melting pot, salad bowl and mosaic (p 166 and 173).

The test’s descriptions of characters in Far and Away and Finding Forrester are a little tricky, so read them carefully! There are also many other questions about these films (they fill about a page in total, and many are based on the homework questions you submitted; review our “warm ups” and the list of questions we discussed after watching Forrester).

Several things are from the last chapter (Education), so I’d advise you to read the whole thing again; especially be familiar with “The Educational Ladder,” “The Increasing Responsibilities of Public Schools” and “Multicultural Education.”

Be sure you understand the examples on the “preview” because many have been dropped from the test.

The test is only 8 pages long, so I’ve had to leave out many important concepts, but I hope you will learn a lot as you review what we have talked about.

Some of the names we have talked about (PLUS the ones listed above, studied before the Midterm Exam)

Chapter 1
What is the main idea of the opening words of the US Declaration of Independence (i.e., of the main quote on page 25)? Rights come from God, not any government, so no one should be allowed to take them away.

Chapter 2
1. What is the difference between “equality of opportunity” and “equality”?
2. What was the “most compelling reason” for so many immigrants to move to America?
3. What was the point of our discussion about these three wealthy men?

Chapter 4
Why do we romanticize these historical periods?
(Maybe to reinforce traditional values; or for vicarious adventure, compared to our “boring” lives?)

Chapter 5
(This was a “fill in the blank” exercise on screen) In the 1700s and 1800s, Americans thought of themselves as producers, but the introduction of advertising (radio in the 1920s, and TV in the 1950s) helped to make the US a society of consumers. While “sponsors/ads” sometimes improve the content of programs or change behavior (for the better), most ads aim to get people to consume more and more.

Chapter 8a
What do WASP and WEMP mean? What’s the difference?
–WASP=White, Anglo-Saxon, Protestant
–Better?: WEMP=Western European, English-speaking, middle-class, Protestant (Mr. Krigline made this one up!)
–In what ways did the “non-Protestant/non-Western European” newcomers “threaten” American values: (See page 167 if needed)
—-Poor people might have a spirit of dependence and “looking for help” instead of self-reliance and hard work
—-Ward bosses were often corrupt, undermining the values of honesty, reward for effort, and competition (for political office)
—-Protestants valued freedom (including freedom to worship in many ways), which other religions often didn’t value

Chapter 8b
–Who are John Logan and Ben Wattenberg?
–Logan (sociologist; 2000 census): “as segregated a nation as it has ever been” (expects it to continue)
–becoming the first universal nation; one government, great diversity, continued influence and appeal
–Is America mostly a melting pot, salad bowl or mosaic? Answer with 1 or 2 grammatically correct answers.

Thanksgiving
1. Why did the pilgrims want to go to America?
to get away from religious persecution
2. How long did the trip across the ocean take? What year was that? 65 days; 1620
3. Give examples of “hardship” the pilgrims faced. rough ocean, long trip, crowded ship (101 in 33×7), broken beam, no suitable land, no nearby Indians, half died within a year, lack of food and medicine

Writing-1
1. Define “implication” and say why we said it was important to academic writing.
implication: [c] “something you believe to be demonstrated by a particular situation or set of facts.” A good implication shows how your topic is relevant, so it is a great way to end an academic paragraph or essay.
2. Define “topic sentence”; what should it do and what shouldn’t it have?
topic sentence: an interesting sentence that gets the reader’s attention and introduces the topic of a paragraph; it should give the reader an outline of the paragraph’s main support points (not vague or colloquial expressions)

Writing-2
(This was a “fill in the blank” exercise on the screen) 1. If a grader can’t “circle” ALL of the points in your outline AND “circle” them in your topic sentence, then you didn’t do a good job when writing the first sentence of a “body” paragraph.
2. A topic sentence should have ONE main idea, so it is best to avoid using “AND plus an unrelated second verb” in topic sentences.
3. A grader wants to find the main idea in each of your topic sentences, written or represented in your thesis statement.

Finding Forrester
1. What is Ebonics?
2. What does “cussing” mean, and why is it in this film?
Note: On April 28, 2009, the US Supreme Court agreed that broadcast TV/radio cannot allow listeners to hear the “F-word” and “S-word” (and similar forms of cussing). Misuse leads to fines.

Finding Forrester
1. What is plagiarism?
2. To Forrester and Jamal, what is a “soup question”? (a relevant question; a question that gives answers you can use; NOT a personal questions)
3. Ask your T/F or multiple choice question(s) to another pair.

Chapter 9
1. What does our textbook mean by “The Educational Ladder”, which ideals does it reflect, and how is one of those values in conflict with the educational system? (individual success based on equality of opportunity and hard work—“working your way to the top”; “equality of opportunity” vs elitist private schools and tax funding; p192-3)
2. What are two reasons for why XMU adopted more western practices regarding those who “fail a course”? (If you have to retake a class, not just an exam, you’ll be more motivated to “pass” the first time, and you’ll be more likely to actually learn the subject if you have to take it again.)
3. Why do 10-13% of American children go to private or “home” schools? (religious education, safety concerns, more individual attention yields higher academic performance)
4. What do many students do to help deal with the high college expenses? (work part time; attend class part time for 5-6 years; attend cheaper community colleges; take classes through distance learning)

For the Spring Midterm Exam

(Just click on this link, and follow instructions. You might have to wait a moment. You should see the PDF file on your computer; then you can “save” it.)

Don’t forget to study all of the vocabulary for “The Flaw,” and the definitions above for “culture” (def: ideas, beliefs, and customs of a group of people).

MAJOR concepts for the Midterm (SA): p 119, major values; p 225, vacation and leisure; branches of government; what is the American Dream; reasons why Americans are overweight. You should also know that EFL means English as a Foreign Language. NAMES to know: mostly from p 228 and 127-8 (plus Billy Graham, Toqueville, maybe a few others)

The Midterm test is 5 pages, and you can leave when you finish.

For the Spring Final Exam

PDF of Final Review Questions (find answers in other PDF files or your notes):

(Just click on the above links, and follow instructions. You might have to wait a moment. You should see the PDF file on your computer; then you can “save” it.)

MAJOR concepts for the Final (SA): Pay special attention to the introductory quotes in each chapter, the warm up questions and to anything that is blue in the PDF document.

Some of the key names I found marked in my book (there may be more):

The Final Exam is 10 pages, and you can leave when you finish.

chapter; ^ AWL terms (Academic Word List–as discussed in class); * key terms; ** key terms we’ve had before; = one-word synonyms (be sure you know how to spell both words)

Most of these definitions came from the textbook; see “use policy” regarding other definitions.

Don’t forget to study the vocabulary for our films!

Don’t forget to study vocabulary from the films we watched.