Wishing you the luck of the Irish ⇔

Underlined terms are explained in the vocabulary section below. Note to teachers: This post contains an article and discussion questions, suitable for conversational English classes, followed by more information (from Dr Harvey Taylor) that would work well in a class about American history & culture.

(by Michael Krigline, with thanks to Dr Taylor, littleshamrocks.com and A Look Inside America by Bill Perry)

In the United States, Saint Patrick’s Day is generally a happy, party-like celebration, but in Ireland the day has considerably more religious significance because St. Patrick is credited with bringing Christianity to Ireland.

Patrick’s childhood name was Maewyn (or Patricius?). He was born in Roman southwestern-Britain around AD 389. At the age of 16 he was captured by Irish pirates and sold as a slave in Ireland. For six years, he tended his owner’s sheep, also learning to fluently speak the Irish language. During that fear-filled time, he decided to embrace his parent’s Christian faith. Patrick said that God eventually showed him in a dream how to escape. For the next two decades, he studied and worked to become a Christian priest/teacher, and eventually a Roman Catholic bishop (high-level leader), who was given the Christian name Patrick. He felt that God wanted him to return to Ireland as a missionary, to help the poor and introduce the Christian faith.

Many poor people in Ireland quickly embraced Patrick’s teachings about Jesus, but he faced strong opposition (and several arrests) from the leaders of a non-Christian religion (the Druids–who controlled the country). But Patrick was a gifted debater, who was also known for passion and kindness. He used the shamrock’s three leaves to teach about the trinity; this plant is still associated with St. Patrick. During his lifetime, Patrick started about 300 churches, many schools and clinics, and trained hundreds of teachers, who brought some 120,000 Irish people to faith in Jesus Christ. He died March 17, AD 461. Eventually, March 17 became a feast day (festival) to honor Patrick.

Over the next several hundred years, Irish Christians saved countless ancient documents (by copying them, and keeping them during the Dark Ages). Irish missionaries also went all over Europe, starting churches and helping to give the region Christian values.

As many Irish people helped to settle America (1700s), they brought St Patrick’s feast day with them. Between 1820 and 1845, thousands more Irish people left Ireland to find religious freedom in America. Even more Irish people went to America after 1845 because of the great potato famine in Ireland (their potato plants suddenly died, and they were starving). Unfortunately, large groups of immigrants (including these poor Irish) have often been treated very badly in America. Perhaps modern St. Patrick’s Day celebrations come from festivities that helped Americans see how helpful Irish-Americans have been from colonial days, and to celebrate the culture of millions who have Irish ancestors. 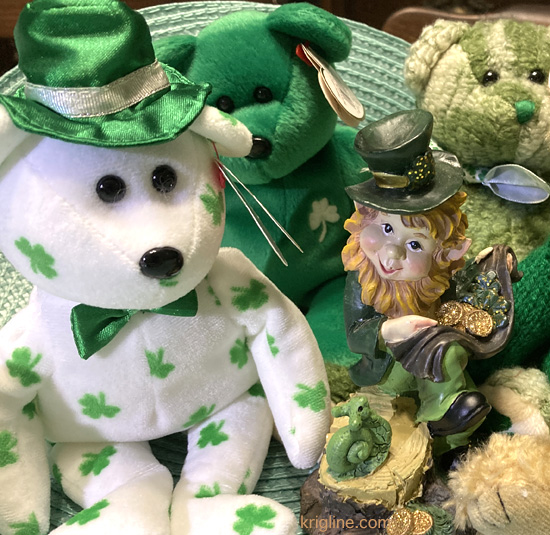 As with many US holidays, most Americans know little about the roots of the holiday, that is, about St. Patrick’s life and influence. But in many cities, St. Patrick’s day is a joy-filled time in which Americans wish each other “good luck” and (hopefully) remember the many contributions of Irish-Americans.

Vocabulary: (underlined terms in either the article above or below) 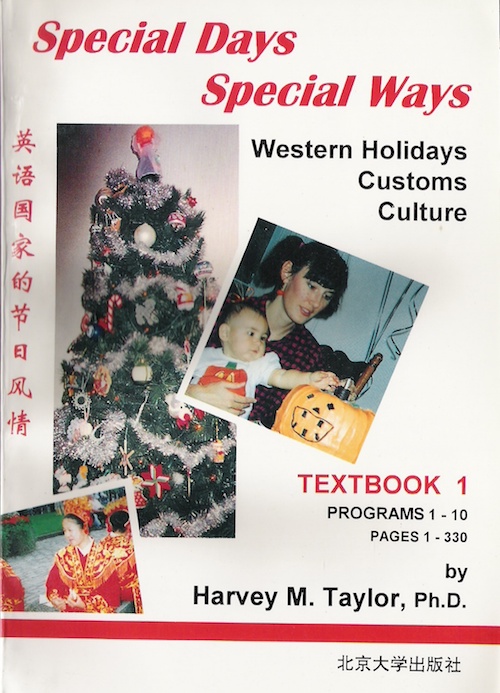 1) March 17th is the day to remember an Englishman who lived over 1500 years ago in Britain and in Ireland. His name was Patrick. His family was Christian (though Christianity was not common at that time).

2) When Patrick was 16 years old, Irish pirates captured him and thousands of other English people and took them to Ireland. He was sold as a slave to an Irish farmer who raised sheep. He learned the Irish language, and his hardships made his Christian faith grow.

3) After six years as a slave, Patrick escaped from his owner and found a ship. He told the Irish men on the ship about his life as a slave and about his Christian beliefs. They took him back to his home in England. There he went to school and became a Christian leader.

4) He later returned to Ireland to help the poor Irish people. He also told them about his Christian beliefs. Through his love and hard work, Patrick had a huge influence in Ireland. He died on March 17.

5) About 200 years later, the Roman Catholic Church called this man St. Patrick because he was such a good man. Since then, March 17th has been a special “feast day” (or festival) to remember St. Patrick.

6) In the 1600’s, many Irish people left Ireland and went to live in America. They and their children helped to build America and to fight for independence from England.

7) George Washington, America’s first President, was one of these Irish-Americans.

8) Between 1820 and 1845, thousands more Irish people left Ireland to find religious freedom in America. Even more Irish people went to America after 1845 because of the great potato famine in Ireland (their potato plants suddenly died, and they were starving). Today, America has many millions of Irish-Americans (including the teacher who prepared this summary: Dr. Harvey Taylor). 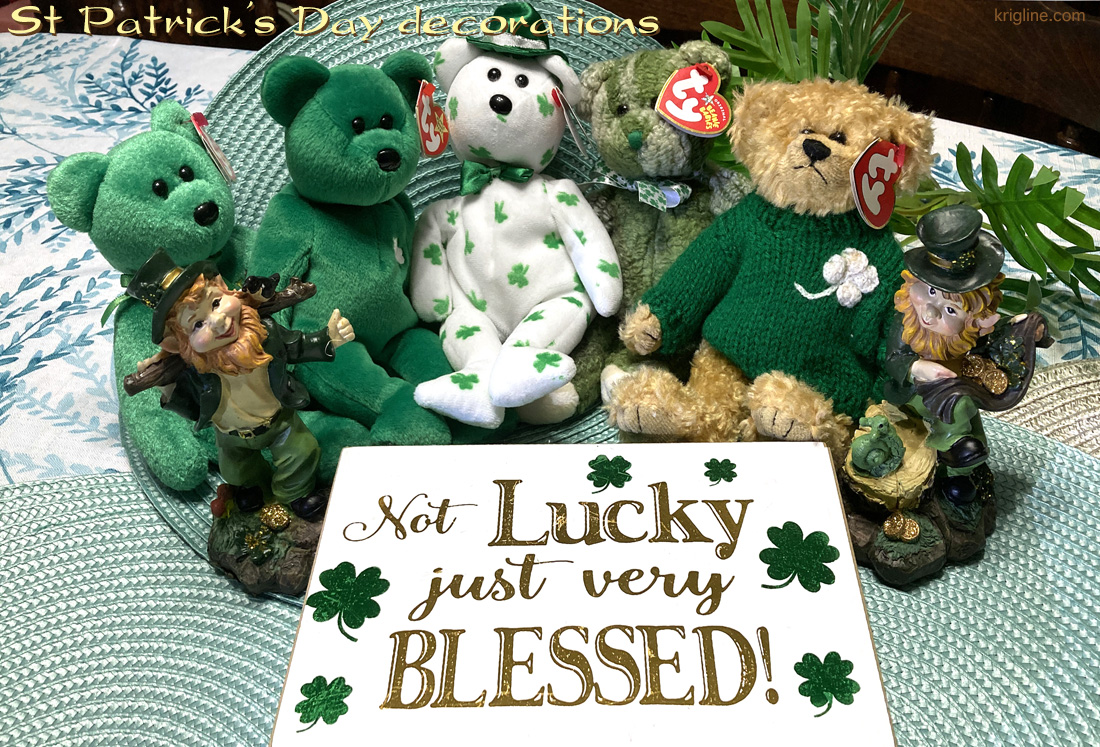 10) The 3- or 4-leaf shamrock plant, traditional Irish hats, leprechauns, and the color green are popular symbols and decorations on St. Patrick’s Day. Everyone who has any Irish ancestors is expected to wear something green on St. Patrick’s Day — maybe even a green suit or dress, but at least a green shirt, necktie or hat. In fact, even if you are not Irish, if you don’t wear something green, your friends can pinch you! March 17 has become a day for parties, parades and celebrations in many American cities.

11) So, in America, in Ireland, and wherever there are people who have some Irishmen in their family history, March 17th is a day to remember the Irish, because of the famous man from Britain (Patrick) who loved the people of Ireland, more than 1500 years ago.

Note to teachers: This holiday summary is © Dr. Harvey Taylor; used here with permission. You can find more of Dr. Taylor’s holiday summaries at EFLsuccess.com and on my old website. Dr. Taylor is the author of “Special Days – Special Ways: Western Holidays, Customs, Culture.” This teaching resource contains two textbooks and a video tape with 20 programs, produced at the request of the China TV Teacher’s College, and designed to be the cultural component of a 3-year middle school English teachers’ video course. These resources are available in China. Dr. Taylor’s most recent teaching position in China was at Kunming University; he is now retired and living in the western United States (you can reach him by writing to me).

*Footnote: The basic truths of the Christian Bible include: (1) Jesus is part of the Trinity; (2) that sin (human imperfection) makes a human-God relationship as impossible as a relationship between a dirty stick and a hot fire; (3) that Jesus’ death on the cross brings forgiveness of sin to anyone who believes; and (4) that Jesus’ was raised from the dead to show God’s power, both to do miracles and to forgive sin, and thus to allow sinful humans to nonetheless have an eternal relationship with a holy God. (A Christian is not simply someone born in a western culture, but someone who is an intentional, personal follower of Jesus and his teachings.)

For more information about Christianity, check out https://peacewithgod.net/

EFLsuccess.com; ©Michael Krigline and Harvey Taylor, all rights reserved. This resource was created for our students under my understanding of “fair use” for educational resources. As far as I am concerned, people are allowed to print/copy it for personal or classroom use. See our Website Standards and Use Policy.