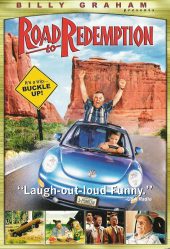 The Road to Redemption; www.EFLsuccess.com

Story: This comedy is about life in our times. Amanda’s money problems lead her to “borrow” money from her boss (without permission). After gambling it away, she soon finds the mob (deadly criminals) chasing her. In desperation she turns to a rich, religious grandfather. Along the road to his favorite fishing grounds in Redemption, Montana, they encounter medical trouble, car trouble, and trouble with bees, a bear, bikers, her boyfriend and a lot more. Can her grandpa’s faith, friendship, or financial generosity really save her? This movie shows where to find the best solution to our problems. (2001; 1.5 hours; World Wide Pictures; comedy) 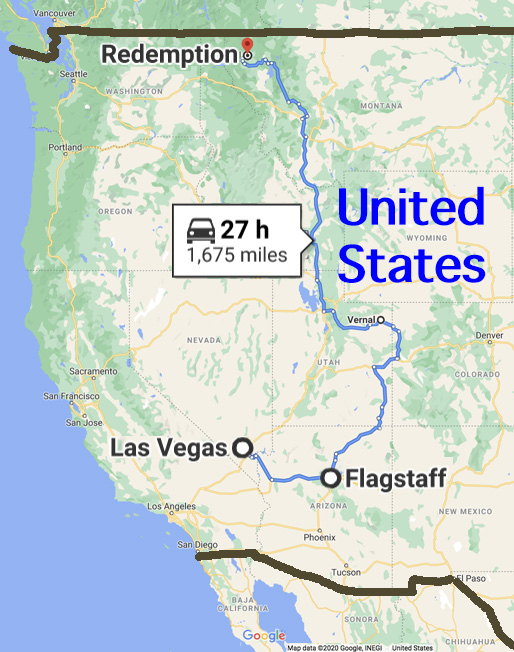 Note: A trip from Las Vegas, Nevada, via Flagstaff, Arizona, to Redemption, Montana, is about 1675 miles (2700 km). That would be about as far as from Kunming to Nanjing to Beijing, China, or as far as Paris, France to Berlin, Germany to Istanbul, Turkey.

Punctuation Note: Quotation marks (” “), also called quotes, normally indicate the exact words that someone said. In our Movie Study Guides, we sometimes abbreviate or slightly change quotations in order to help non-native English speakers to understand. Sometimes, quotation marks set off a word or phrase to help the reader, such as to indicate that the term is used in a colloquial or sarcastic way. (Example: Amanda “borrowed” money without asking, which really means she stole the money.) Be careful not to overuse quotes to set off words in this way.

(underlined words/people are defined or explained in this Study Guide)

Amanda has a lot of problems. She doesn’t have money to pay for her car loan, but when a man (sent from her bank) comes to get her car, she accidentally hurts him. Amanda and her boyfriend (Alan) need money to pay the injured man, but Amanda is afraid to ask for an advance from her boss, Mr. Santoro. (Mr. Santoro is a mob leader—he uses money to illegally influence horse races, and then he helps people get money by betting on the “fixed” races.) After her boss leaves the office, a package of money arrives, along with the names of horses that will win in the afternoon races. Amanda and Alan decide to “borrow” the money (planning to give it back that night) and bet on the “fixed” races, but in the end they lose all the money. That night, Alan sets fire to Mr. Santoro’s office, trying to make it look like someone tried to steal his money. But security cameras show that Alan did the damage. Now, Mr. Santoro and the mob threaten to kill Alan if he doesn’t return the money—they don’t know he lost it betting on horses.

With nowhere else to get money, Amanda decides to turn to her rich grandfather Nathan, even though she has not seen him since a fishing trip 20 years before. He lives in a hospital, and has a serious heart problem. He also recently “got religion” (i.e., became a Christian), and Amanda thinks that this means he is “getting soft” (not able to think clearly) in his old age. But Grandpa Nathan quickly sees through her lies. He also sees that she needs more than just money—his granddaughter’s life needs to be straightened out. Therefore, he offers to give her $250,000 if she will take him on a fishing trip to the place where they went 20 years before—Lake Redemption, Montana. The trip will take three or four days by car, giving them time to get to know each other again.

However, the mob had told Alan and Amanda not to leave Las Vegas, so now they are chasing her (with Alan’s help, along with a trained killer).

On the road to Redemption, Amanda and Nathan face many problems. At first, she doesn’t seem to like him (or his favorite religious program on the radio), but over time she comes to see that he is resourceful and loving. Time after time, miraculous (and often humorous) things happen to save their lives and keep them ahead of trouble.

Not long after they lose Nathan’s medicine (in an accident), the mob catches up with them. Will they be killed? Will Nathan’s heart fail? Do Amanda and Alan get back together again? Does Mr. Santoro get his money back? Does Amanda figure out that she needs something more than she needs money? To get those answers, you will have to watch the movie!

Getting on Mr. Santoro’s airplane, at the end of the first third of this film.

Amanda didn’t expect to run into a gang of motorcycle riders.

(Some dialogs are abbreviated. I may add to this before we finish watching; check back later.)

(If broken into three parts, Part 1 stops after Alan gets on the plane; about 33 minutes.)

*I once did the very unusual thing of giving a restaurant gift card with “strings attached” (that is, I actually taped strings onto the card) to indicate that there were “conditions”. My conditions were that they couldn’t use the card unless my wife and I came to the restaurant with them. Why? It was a way to say, “we want to build our friendship together.” Later, we all enjoyed a wonderful meal together.

(If broken into three parts, Part 2 stops after Nathan sees, and gets, the beehive, and then resumes the car chase; about 65 minutes from the start of the film. Start Part 3 at the beginning of the chase. During the credits, there is one last scene, in a jail; about 1:25 total.)

The following photos are from the exciting conclusion (Part 3) of “Road to Redemption”. 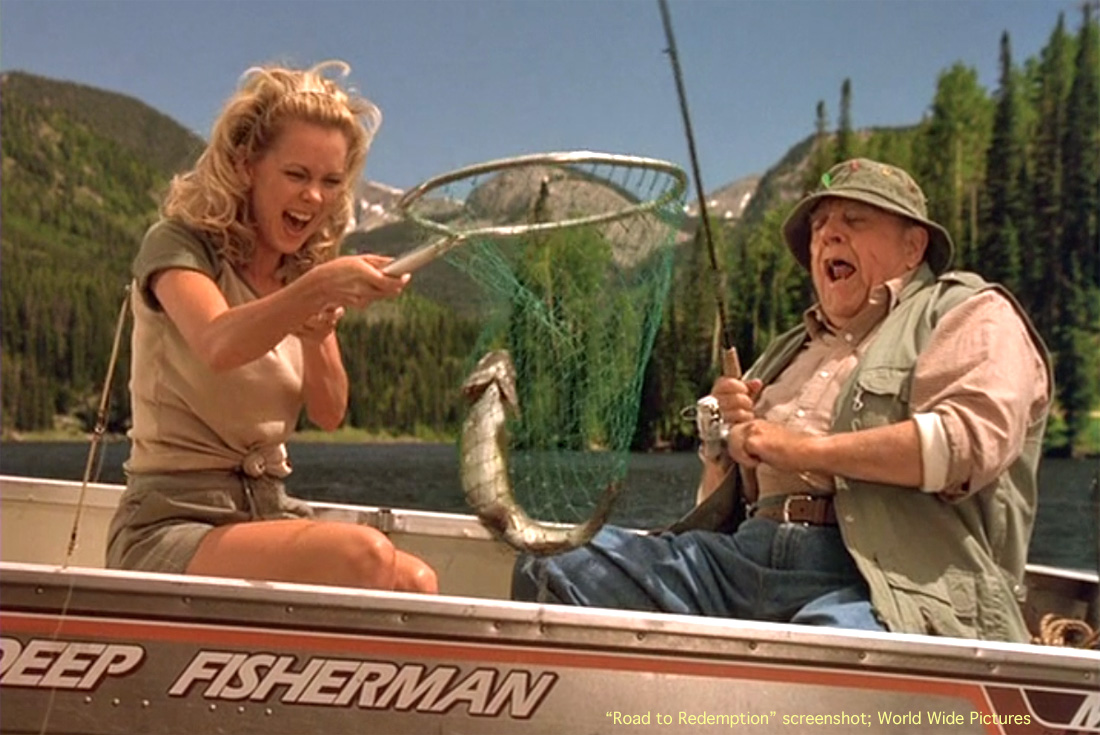