History and introduction of a holiday celebrating love ⇔

Note to teachers: This “longer” article would work well in a class about American history & culture;
for a “conversational English” class, you might prefer one of our “shorter” versions (click here).
Underlined terms are explained in the vocabulary section below. 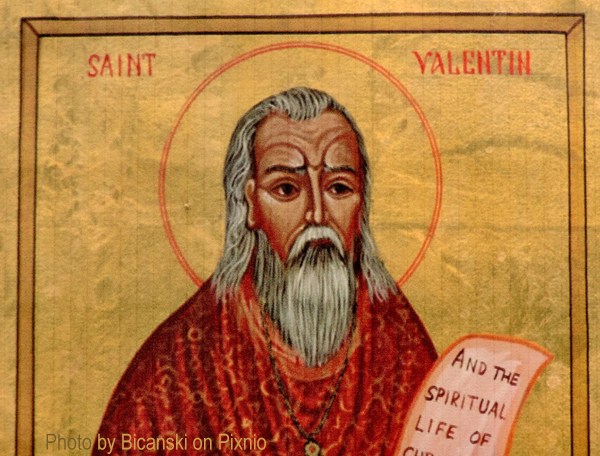 Valentine’s Day (February 14) is a popular holiday celebrating love and friendship in the US, and it has also been adopted by young people in other countries.

Like many holidays that are transplanted from culture to culture, the roots have gotten lost along the way. It could be said that Valentine’s Day, or Saint Valentine’s Day to be more precise, dates back to an ancient Christian who loved a student in a particularly difficult set of circumstances. In AD 270, a man named Valentine (or Valentinus in Greek) was executed by Roman Emperor Claudius II for being a Christian. Valentine was an educated man, so his jailer asked him to tutor Julia (the jailer’s young daughter, who had been blind from birth). Valentine taught her about Rome’s history, nature, math, and about his faith in Jesus. One night Julia and Valentine asked God to heal Julia’s eyes. Light flooded the prison cell and Julia screamed, “Valentine, I can see!” On the eve of his death, Valentine wrote a last note to Julia, his beloved student, telling her of his love and urging her to stay close to God. He signed it, “From Your Valentine.” In AD 496, Pope Gelasius I honored Valentine by naming the day of his death (February 14) as Saint Valentine’s Day. The rest, as they say, is history.

According to the Shanghai Star (Feb. 8, 2001), “The date of his death has become a day to celebrate romance between couples, mostly in Western cultures. The holiday has caught on mainly among the younger generation in China, perhaps because it celebrates love and passion, which are so strongly felt by the young.” The article went on to report that popular Valentine gifts in China include chocolates, roses, candles, mobile phones and rings, while there is also a trend toward making personal gifts like photo frames and scarves.

There is a similar holiday on the seventh day of the seventh month of the Chinese lunar calendar. Again, to quote the Star: “Legend has it [that] a fairy and her earthly lover, who were separated by the wife of the Jade Emperor, the paramount ruler of heaven, meet each other once a year on that day on a bridge made up of magpies flying across the Milky Way that divides them.” But the article went on to quote a Chinese man who said, “No young people can remember the festival of the lunar calendar; the Western Valentine’s Day is more romantic and modern for the young.”

In America, at least when I was a student decades ago, elementary school children celebrated by making “mail boxes” from paper bags, which were then hung in the classroom. On Valentine’s Day, we dropped store-bought cards (with Snoopy or heart-filled decorations) in each other’s mail boxes. If there was a girl you secretly liked, this was a good time to try to make it known, hoping she would take your card’s sentiments seriously. A popular candy (I think they are still made) was tiny heart-shaped sugar pills with things printed on them like “Be mine,” “You’re Sweet” and “From Your Valentine.” By the time we were in high school, Valentine’s Day cards were only sent to and from lovers. In the first years of my marriage, we and many couples made a big deal of the holiday, going out for a nice dinner after work, and exchanging gifts like flowers, stuffed animals, candy and jewelry. When you get tired of competing with young couples for a table on Feb. 14, a nice alternative is a quiet dinner and film at home, but Valentine’s cards and edible gifts remain popular. 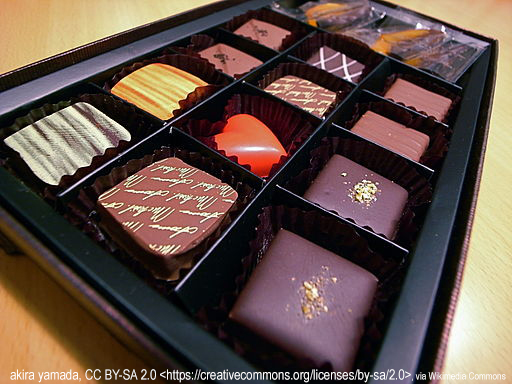 So, even though the sacred roots for this holiday are largely unknown, St. Valentine might still be pleased to know that his love for a student gave birth to an international holiday celebrating love—which he surely counted among God’s greatest gifts to the world. (The word “love” appears in the Bible 572 times, so it must be important!) And whether you are single or have found your true love, why not observe this annual holiday as an excuse to let those you love know how you feel? It does not have to cost a lot to say “I love you” and it is a phrase that most people love to hear!

Let me close with one of the most popular paragraphs in Bible (especially at weddings); it is from “the love chapter” and was written by Saint Paul in the first century:

“Love is kind and patient, never jealous, boastful, proud, or rude. Love isn’t selfish or quick tempered. It doesn’t keep a record of wrongs that others do. Love rejoices in the truth, but not in evil. Love is always supportive, loyal, hopeful, and trusting. Love never fails!” 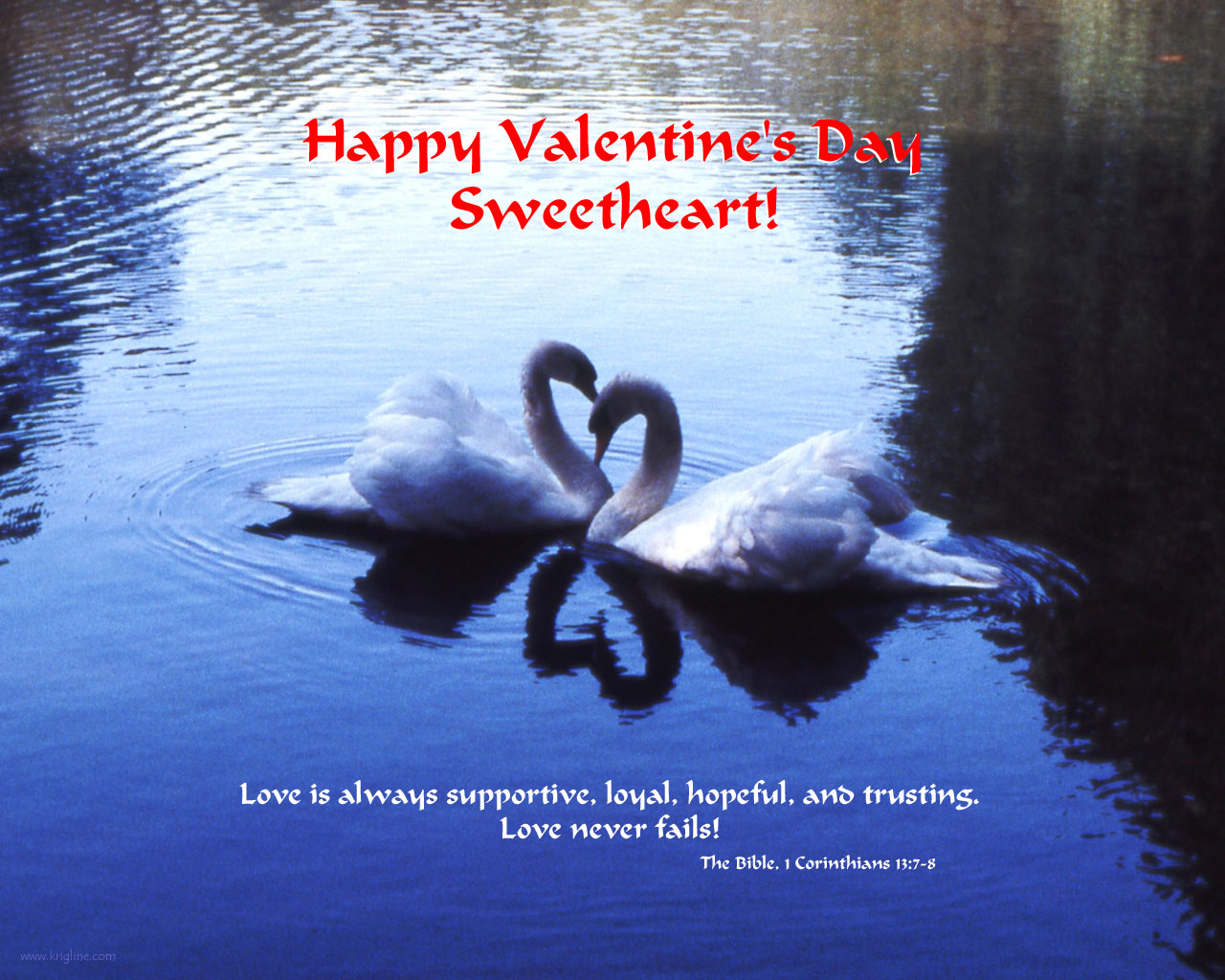 I took this photo back in my college days. Eastern College had a lake with several swans, and one day I caught them in this heart-shaped pose. Although it’s lost some clarity in the change from a slide to a scanned digital photo, I’ve always liked this shot. Michael

The following introduction to “Valentine’s Day” is from my files; I don’t know the original source, but I believe it was printed on the inside of a Valentine’s Day greeting card many years ago. There are a number of websites that feature a similar version of the story.

The story of Valentine’s Day begins in the third century with an oppressive Roman emperor and a humble Christian martyr. The emperor was Claudius II. The Christian was Valentinus.

Claudius had ordered all Romans to worship twelve gods, and he had made it a crime punishable by death to associate with Christians. But Valentinus was dedicated to the ideals of Christ, and not even the threat of death could keep him from practicing his beliefs. He was arrested and imprisoned.

During the last weeks of Valentinus’ life a remarkable thing happened. Seeing that he was a man of learning, the jailer asked whether his daughter, Julia, might be brought to Valentinus for lessons. She had been blind since birth. Julia was a pretty young girl with a quick mind. Valentinus read stories of Rome’s history to her. He described the world of nature to her. He taught her arithmetic and told her about God. She saw the world through his eyes, trusted in his wisdom, and found comfort in his quiet strength.

“Yes, my child. He hears each one,” he replied.

“Do you know what I pray for every morning and every night? I pray that I might see. I want so much to see everything you’ve told me about!”

“God does what is best for us if we will believe in Him,” Valentinus said.

“Oh, Valentinus, I do believe,” Julia said intensely. “I do.” She knelt and grasped his hand.

They sat quietly together, each praying. Suddenly there was a brilliant light in the prison cell. Radiant, Julia screamed, “Valentinus, I can see! I can see!”

“Praise be to God!” Valentinus exclaimed, and he knelt in prayer.

On the eve of his death, Valentinus wrote a last note to Julia, urging her to stay close to God, and he signed it “From Your Valentine.” His sentence was carried out the next day, February 14, 270 AD, near a gate that was later named Porta Valentini in his memory. He was buried at what is now the Church of Praxedes in Rome. It is said that Julia herself planted a pink-blossomed almond tree near his grave. Today, the almond tree remains a symbol of abiding love and friendship. On each February 14, St. Valentine’s Day, messages of affection, love and devotion are still exchanged around the world.