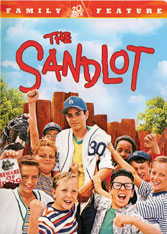 Story: How do kids spend the summer in America? In this film, you’ll see July 4 fireworks and a local fair (tiny, moving amusement park), but you’ll mainly see the guys play baseball by the hour on a neighborhood sand lot (useless piece of land). Childish pranks and scary stories about a junkyard dog add to the fun, as does the story of a new kid in town who knows nothing about baseball (so don’t feel bad if you don’t either!). You’ll learn from the kids’ mistakes and laugh at their attempts to “fix things,” while learning about summer fun in the USA and the value of friendship worldwide. (1993; 20th Century Fox; family comedy/sports; PG; 101 min) For more information, visit www.imdb.com/title/tt0108037/synopsis. If you enjoy this film, you’ll probably also enjoy Sand Lot 2 and Sand Lot 3.

Setting: Summertime in a small town in California, in 1962 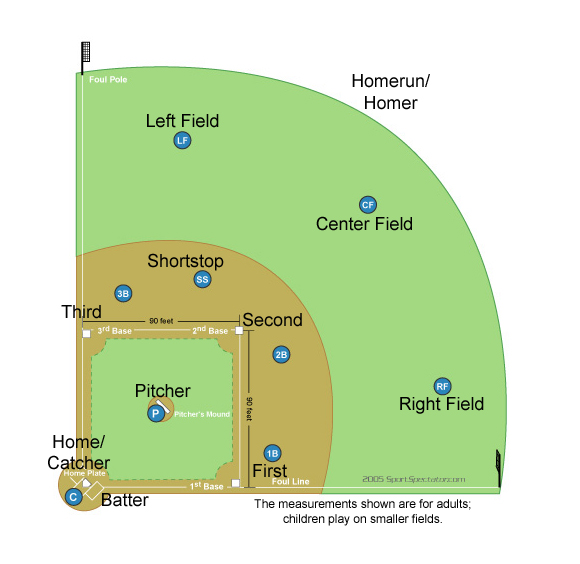 Baseball basics: Since baseball plays a big role in this film, here is a simple introduction to this sport: In baseball, two teams of nine players compete. A pitcher pitches (throws) a ball at a batter who tries to hit it with his/her bat (stick). If the batter hits the ball into the field, he runs to first base, then second base, then third and finally “home” (also called “home plate”); teammates who hit the ball can also help you advance. Successfully reaching “home” gives your team a point (run). However, the runner/batter is only “safe” while stopped on a base. If he is off base, a player on the other team can touch/tag him with the baseball (or a glove containing the ball), giving his team an “out”; there are several other ways to get “outs” too, including catching a hit ball before it hits the ground, getting the hit ball to first base before the runner arrives, or “three strikes” against the batter (if he swings at the ball but misses, or fails to hit a well-thrown ball). After three outs, the teams switch places; each team normally has nine chances/innings to bat, after which, whoever has the most points/runs wins. (Also see ”Some baseball terms” below.) 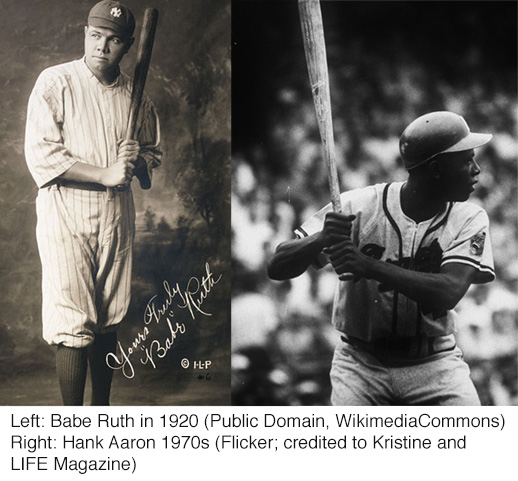 (Before watching Part 2, talk about baseball terms and the phrases listed below. These should help you understand the story; also see Baseball basics at the top.)

Baseball games are popular in the summer. I grew up watching the Atlanta Braves, and I remember watching the Cleveland Indians play on July 4, 1976 (America’s bicentennial), followed by a wonderful fireworks display.

Fireworks after a baseball game.

(some of these dialogs are from http://www.imdb.com/title/tt0108037/quotes; blue indicates a key dialog or sentence)

**Incidentally, as a 13-year-old living near Atlanta, I watched Hank Aaron hit many home runs. We attended some of the final games in 1973, hoping to see Aaron surpass Ruth’s record, but he didn’t do that until the first home game of 1974. ~Michael Krigline

The Sand Lot is a very funny film about a new boy in the neighborhood who needs help to face a life-threatening man-made disaster. I showed this to students during the 2020 COVID-19 pandemic because it shows a piece of American culture, but also because of several parallels to our current situation. Before we leave this movie, read and discuss the following. How are these ideas “parallel” to the Sand Lot story?

The struggle against COVID-19 is sort of like a strange new kid on the block; some ignore the struggle, while others see its value. Maybe a better illustration is that the struggle is like the struggle to get an expensive ball from the mysterious “beast” in the neighborhood. In some ways, it is a mysterious disease, and our lack of understanding has consequences. The sand lot kids express exaggerated fear and develop complicated tactics to retrieve the ball, but why didn’t they just ask Mr. Myrtle for help? The struggle against COVID-19 also involves exaggerated fear, and complicated tactics, but there is also great value in simply asking everyone to do some simple things (mask, social distance, and stay home if ill). Who are the COVID heroes? (essential workers, medical people…) “The struggle” brought Mr. Myrtle new friends. Could something good come out of COVID-19? People are trying all sorts of things to solve the problem: closing schools, closing businesses, wearing masks, trying to make others afraid, trying to make others stop being afraid, testing old and new medicines, learning from China or Europe, listening to experts, doing research, etc. Wouldn’t it be nice if we could just take back the mistake(s) that brought this problem on us? But we can’t. Yet, one thing that seems clear is that we can’t get through this without cooperating with each other. Working together, we can make more progress than we could if we try to face this emergency alone. And maybe the key is to look to a “savior” who’s willing to risk his own safety to meet our biggest need—that’s where true friends (and legends) come from.