June 14 is Flag Day in the US; plus an explanation of “half-staff” flags. 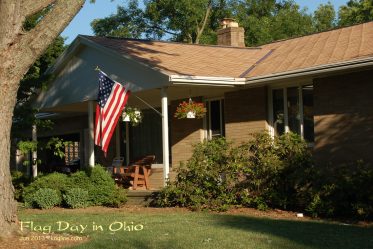 Many Americans proudly display the US flag in front of their home or business every day, and you’ll also find the flag outside or atop government buildings, but if you were to visit the US on June 14, you might wonder why so many people are flying the flag.

June 14 is called “Flag Day,” commemorating the adoption of the official flag on June 14, 1777. (The American colonies declared their independence from Great Britain on July 4, 1776, so that date is celebrated as the nation’s birthday.) Flag Day is not a “holiday” in which people get a day off from work; it’s just a day of commemoration. The origins of the holiday are fuzzy, perhaps dating back to the 1860s (during the American Civil War). President Woodrow Wilson first proclaimed June 14 as national Flag Day in 1916. Pennsylvania was the first state to make Flag Day a legal holiday (1937). Congress established National Flag Day in 1949 (the act was signed by President Harry Truman), though technically it is at the current president’s discretion to officially proclaim the observance. Incidentally, about a year after his Flag Day proclamation, Pres. Wilson asked Congress to declare war on Germany (World War I). He was also President during the 1918 “Spanish flu,” which devastated the world like COVID-19; many believe Pres. Wilson himself even contracted the flu, while in Paris to negotiate the end of WWI (in 2019). He was a busy guy! 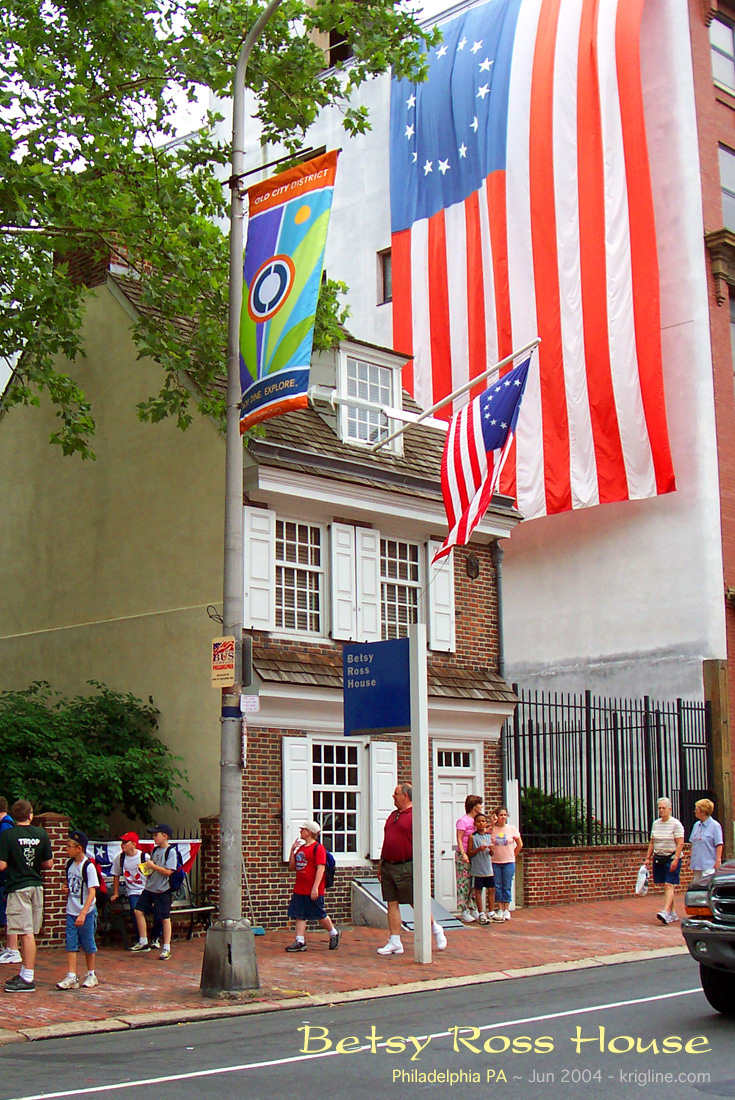 The design of the familiar “stars and stripes” has been credited to a New Jersey Continental Congressman named Francis Hopkinson, but people more often connect the name “Betsy Ross” with the flag—which I’ll explain below. The design featured 13 stripes, and a “new constellation” of 13 stars, representing the 13 colonies. According to American historian Dr. Peter Lillback, red stood for hardiness and valor; Americans were to be strong and brave. White stood for moral purity and legal innocence. “We don’t break the law and we’re pure before God.” Lillback says blue stood for perseverance, vigilance and justice.

Betsy Ross, one of America’s most famous “founding mothers,” was a seamstress who lived and died not far from Philadelphia’s Independence Hall, where the 1776 Fourth of July Declaration of Independence was signed by the Continental Congress. Ross was a single mom, having been widowed twice by age 30. General George Washington (later the first US President) knew Mrs. Ross from Christ Church, which both sometimes attended. He and other Founders asked Betsy to make the first flag, adding that they would need many copies soon. According to Dr. Lillback, Washington asked for six-pointed stars, but Betsy  convinced the Founders that a five-pointed star would be easier to cut and sew, and thus save them a lot of time and money. According to tradition, Ross sewed the first American flag, and then kept making them for more than 50 years.

The US Flag at half staff 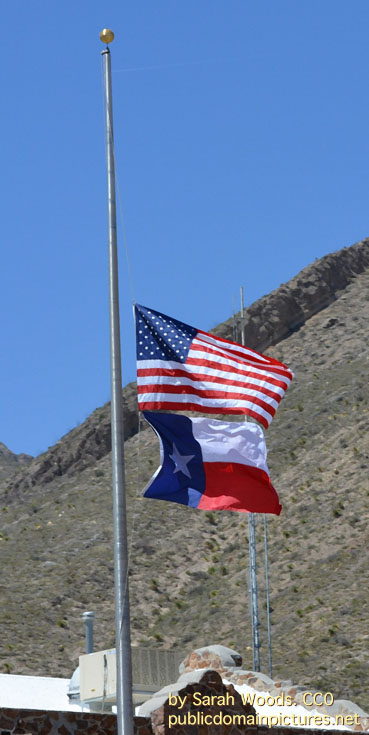 US and Texas flags at half-staff

Sometimes students ask why the US flag is only half-way up the flag pole. You often see the United States flag flying at “half-staff” (or half-mast) when the nation or a state officially marks the death of someone important, such as a government official, military member, or first responder. Flags also fly at half-staff on Memorial Day, other national days of remembrance, or following a national tragedy. Many countries have a similar practice.

You’ll see this most often at places owned by the government, where someone is paid to take care of the flags. In fact, people can ask their senator or representative to send them a flag flown over the US capital building on a certain date (such as the person’s birthday); there is a cost involved (see https://www.aoc.gov/flags for info). I have such a flag, flown on my 18th birthday (thanks, Mom and Dad!). According to the “Architect of the Capitol” website, they fulfill 100,000 flag requests from Members of Congress annually.

(Must have Javasript installed to see this image. Source: https://halfstaff.org/widget/)