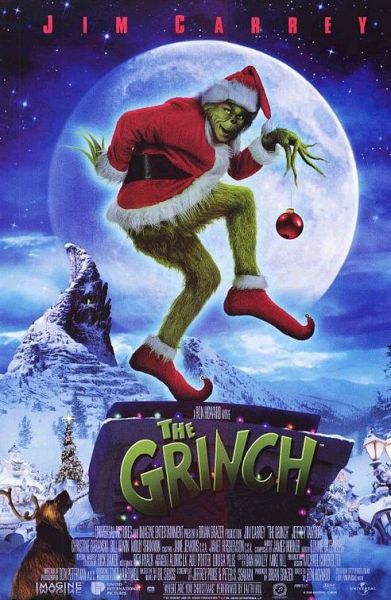 How the Grinch Stole Christmas; www.EFLsuccess.com

Story: Although the mean, green Grinch lives far above Whoville, hating the Whos and their crazy Christmas celebrations, little Cindy-Lou Who reaches out to welcome this misunderstood creature. However, when the Grinch (dressed like Santa) succeeds in stealing Christmas, EVERYONE learns a valuable lesson! (2000; Oscar for makeup; Jim Carrey, Ron Howard [Dir]; Universal Pictures; comedy, holiday classic; PG; 105 min)

Setting: A make-believe land inside a snowflake; the Grinch lives on Mt. Crumpit above the city of Whoville, the home of the Whos.

Note 1: The Grinch was created by Dr. Seuss, whose books have been loved by very young American kids for generations. The characters in this film resemble Seuss’ drawings, and they talk like Seuss characters. References are also made to “rhyme” because Seuss’s books were written in rhyme; Seuss even made up many words so that they would rhyme with another sentence. The movie (like Seuss’ books) uses “made up words” (I’ve marked some on this page with an asterisk [*]. These non-words often sound like real words or rhyme with real words, so keep this in mind if you can’t find some of the words in a dictionary! Examples: who-venile delinquents (juvenile delinquents); who-manity (humanity); boing-bounders (some kind of toy). This classic film uses elaborate sets and makeup to reconstruct the book-world of Dr. Seuss.

Artwork from the original children’s book

Note 2: To show us, in a funny way, that the Grinch is a terrible “whatever he is,” the Grinch often distorts English idiomatic sayings. Examples: “We did our worst.” “That stench is fantastic.” Likewise, the song “You’re a mean one, Mr. Grinch” portrays him as a terrible monster. The song has several phrases that non-native speakers might not understand, but many Americans think this song is very funny (it also reminds us of the classic “Grinch” cartoon we saw every year on TV while growing up).

Note 3: The subtitles include a lot of terms for sounds, such as types of laughter or the noises a dog makes. Here are some of them: barking, baying, belching, blubbering, cackling, chuckling, fussing, gagging, gasping, giggling, groaning, growling, grunting, moaning, panting, squealing, whimpering, whining, whirring

The Grinch lives on Mt Crumpit

Whoville – home of the Whos

The mayor and postmaster

(Part 1 ends at about 28:41 as the child-Grinch makes an angel for Martha)

If you want to be surprised by the ending, stop reading here.

* this is not really an English word (see Note 1)

Having stolen Christmas, the Grinch waits for Whoville’s tear-filled morning.

The Whos join hands and sing

Two of my students act out their version of a conversation between the Grinch and Cindy-Lou, one year later.

Homework: Write short answers to the following questions. Use grammatically correct sentences without being too wordy. (“Make every word work!”) Have your partner check your paper before turning it in.

(For more information about Christmas, look under the “Holidays” tab, or see these Christmas pages (underlined topics are on EFLsuccess.com or Krigline.com; others are on our older website): Christmas (international celebration), the song “Silent Night” and Chinese Christmas apples, the traditional Christmas story, who is Santa (圣诞老人)?, candy canes, Christmas Perspectives (poem), and the pre-Christmas Advent season. Also look for Christmas wallpaper on our old website. You’ll also find movie study guides on this website (or our old site) for some great holiday films: A Snoopy/Charlie Brown Christmas, Last Holiday, White Christmas, The Grinch, Christmas Carol, It’s a Wonderful Life)

The last time I checked, the following links worked:

Teachers: Here are some excellent examples of my students’ Grinch homework. 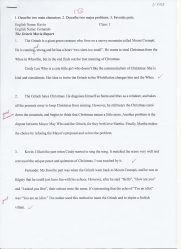 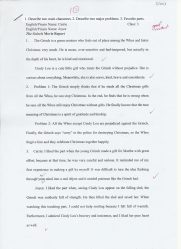 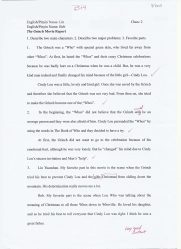